Written by Dr. Nick Engerer
Updated over a week ago

Solar farm facilities are often placed on terrain which is not perfectly horizontal. For this purpose, the PV modelling tools in our Utility Scale data product allows your to provide information about the aspect of the terrain your facility is installed upon. 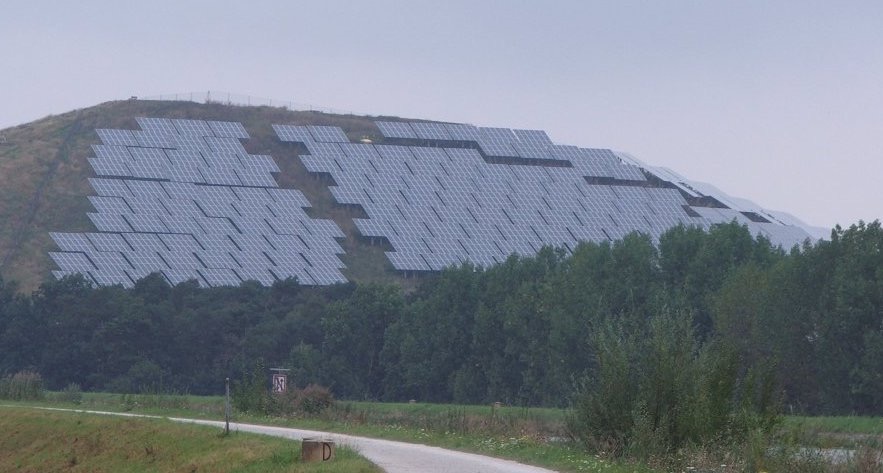 ABOVE: An extreme example of non-horizontal terrain!

There are two parameters which can be used to account for non-horizontal terrain. The first is terrain slope, the second is terrain azimuth.

Terrain slope is measured in degrees, and is the measurements of decline of the Earth's surface from horizontal. In other words, a site with a perfectly flat/horizontal surface will have a terrain slope value of zero. The value provided should be the *average* of terrain slope at the site, measured in the downhill direction with a positive value in degrees.

Terrain azimuth is also measured in degrees. It represents the compass direction the sloping terrain surface is pointed. The coordinate system follows the standards in the rest of our API products: South is -180, East is -90, North is 0 & West is 90. The value provided should be the average value of azimuth for the Earth's surface beneath your solar farm facility.

Did this answer your question?